Seabin Founder to Speak at TEDxAuckland 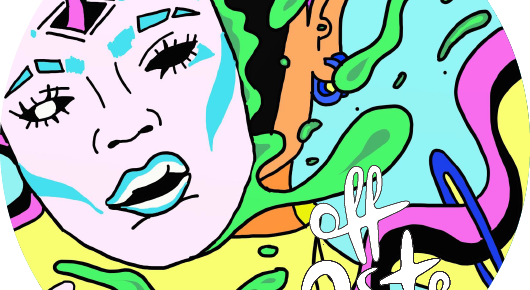 The Australian co-founder of Seabin — a device designed to rid the world’s marinas of plastic — is coming to New Zealand to speak at TEDxAuckland 2018.Seabin Project raised almost $400,000 (NZD) in its Kickstarter campaign after it went viral.

Co-founder Pete Ceglinski will use his TEDx talk on October 13th to make a call-to-arms to New Zealand marinas to take up the fight against plastic pollution.

“By 2050, there will be more plastic than fish in the ocean — unless we do something drastic to stop it,” Ceglinski says.

“New Zealand is a nautical nation, and I’m really excited to talk in the City of Sails about a global problem that we should all be tackling at a local level."

Seabin is the ultimate tool to tackle ocean plastic waste at that local level. You install it in a marina, and it does the work for you: sucking in and filtering 25,000 litres of water every hour for plastic, debris, and even chemicals such as oil.

“There are more than 40 marinas in New Zealand. If each one had just one Seabin, we could be removing 21,000 kilograms of waste around this beautiful country every year — that’s the weight of about 14 cars.”

Seabin Project splits its business activities into two halves: one for-profit, and the other not-for-profit.

“We have innovative technology to capture debris efficiently but, at the end of the day, Seabins are not the solution. Education, science, research and community are the real solutions, and so we have built this into our business model with growing success.”

This year marks the ninth TEDxAuckland event. It will be held in the waterfront’s Shed 10, with talks happening in the upstairs level, and food vendors taking the downstairs space.

Ceglinski will talk alongside a high calibre group of speakers from New Zealand and overseas who all share one thing in common: ideas worth spreading.

One of these is Rotorua-based founder of Coffin Clubs, Katie Williams: the 80-year-old who’s making headlines around the world for her “Fine, Affordable Underground Furniture.”

Williams founded New Zealand’s first Coffin Club to encourage volunteers to make their own coffins — for a very affordable $250. The idea has since spread with clubs popping up around New Zealand.

“I’ve worked as a midwife, a carer for elderly, and finally, as a palliative nurse. I’ve worked closely alongside people at all stages of the journey from birth to death, and am passionate about providing empathy for those confronted with their own mortality.”

19-year-old Kiwi blogger and law student Grace Stratton will also be speaking about her decision to define her disability — cerebral palsy — instead of letting it define her.

Stratton, who has used a wheelchair her whole life, came to the realisation a few years ago that what made her different was what gave her power to succeed — in whatever fields she chose. Stratton believes that all diversities hold this same strength.

The TEDxAuckland team says the audience is in for a treat this year with a lineup of speakers who are all about to hit the big time in their respective fields.

“The TEDx stage is not about famous people, it’s about people that are going to be big names down the track, and all of this year’s speakers fit in that category,” organiser Elliott Blade says.

”That’s our job — giving people a platform to share their ideas and springboard from. People like Michelle Dickinson, aka Nano Girl, who spoke back in 2012 before going on to be big in the science education world. She’s a great example of that.”

‍TEDxAuckland 2018 is at Shed10, Queens Wharf, Auckland on Saturday 13 October with tickets available to purchase from iTICKET.

New-look iTICKET Logos for your promotion