Supporting the Stars of Tomorrow 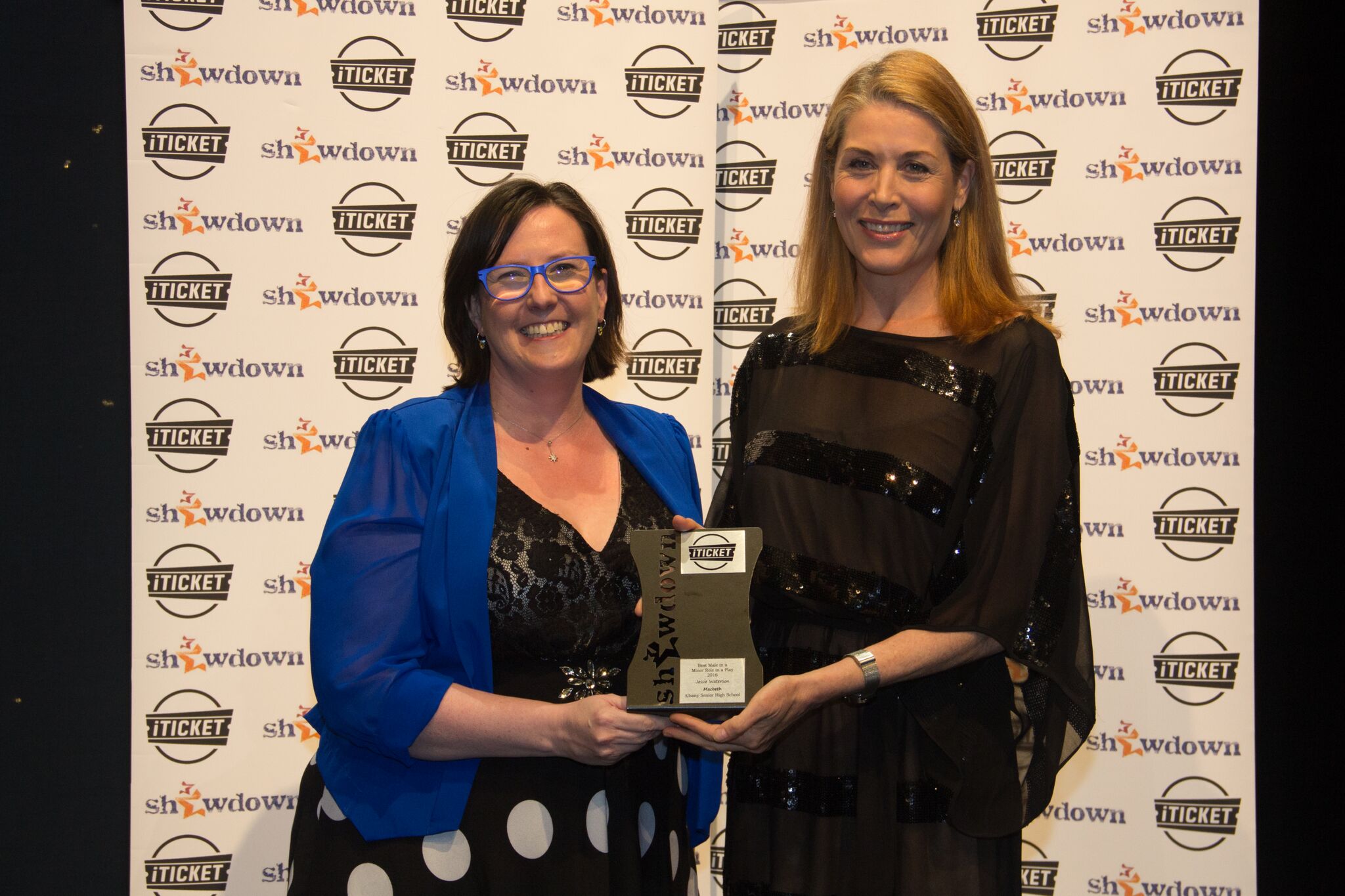 Theatre has always had a special place in our hearts, and we take a great deal of pride in doing what we can to support the next generation of kiwi thespians and to celebrate their achievements.

November saw the return of the annual Auckland Secondary School Production Competition – the iTICKET Showdown Awards. Over 60 High Schools and Colleges from the Auckland region entered, with drama departments eager for the recognition and kudos that comes with being involved, either as a nominee or winner, in this popular and steadily growing competition.

After a year of hard work and dedication from students, parents and teachers in delivering absolutely stunning productions, the Showdown judging panel and organising committee presented an impressive ceremony at SKYCITY Theatre on 2 November. Our New Business Manager Kate Ward-Smythe and Marketing & Design Manager Holly Vaihu were honoured to present four of the standout awards on the night, and we were in fine company too, with guest presenters Jennifer Ward-Lealand, Tina Cross, Simon Praast, Mick Peck and Showdown President Claire Buckley.

We look forward to continuing the iTICKET Showdown Awards again in 2017.

New-look iTICKET Logos for your promotion